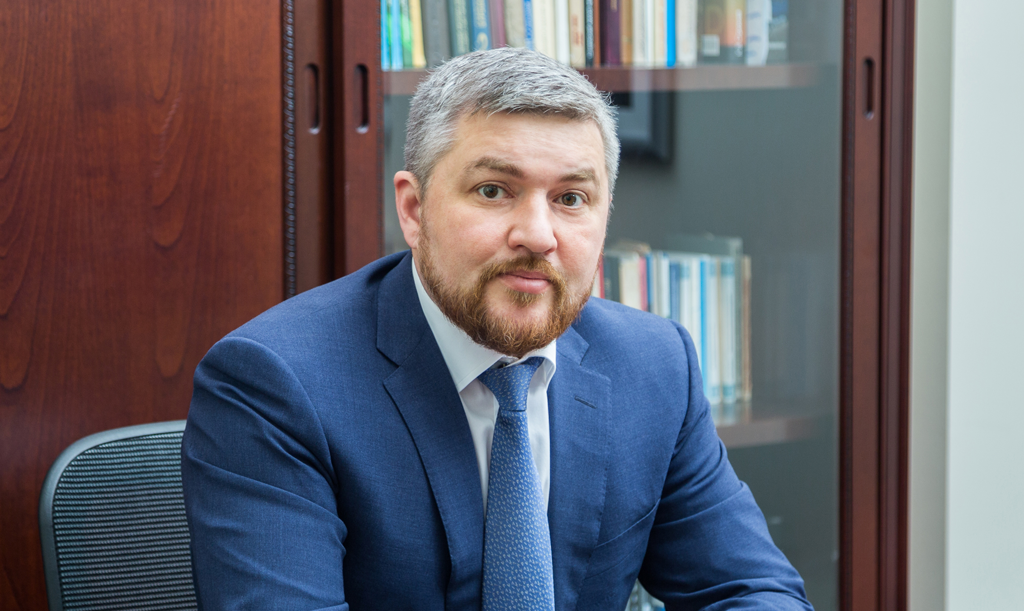 Some years ago, the United States delivered a revolution in oil production, succeeding in producing significant volumes of shale oil — a form of hard-to-recover or “tight” oil — through hydraulic fracturing technology. In Russia, future technologies for tight reserves are being developed at a test-facility at Gazprom Neft’s Bazhen Technology Centre, which is working on oil from Bazhen Formation. Kirill Strizhnev, CEO of Gazprom Neft’s Bazhen Technology Centre, talked to us about possibility of new revolutions, outlook for developing domestic technologies, and plans to develop a new oil blend, in this interview

— Kirill Vladimirovich, in your view, how fast does technology for developing hard-to-recover oil need to be developed in Russia to pull off its own shale revolution?

— The Bazhen Formation, like other sources of tight oil, could give a second wind to Russia’s oil-producing regions, where production of traditional hydrocarbons is declining. And one of the key objectives in developing the Bazhen Formation concerns extending the life of existing fields by loading up existing infrastructure. So, the word “revolution” isn’t so appropriate here. It’s more a case of “evolution”. Added to which, developing the Bazhen Formation — the most important source of unconventional hydrocarbon reserves in the world — is also the solution to quite a wide range of social issues in West Siberia’s cities, as well as extending exploration and production potential for the next 30–50 years.