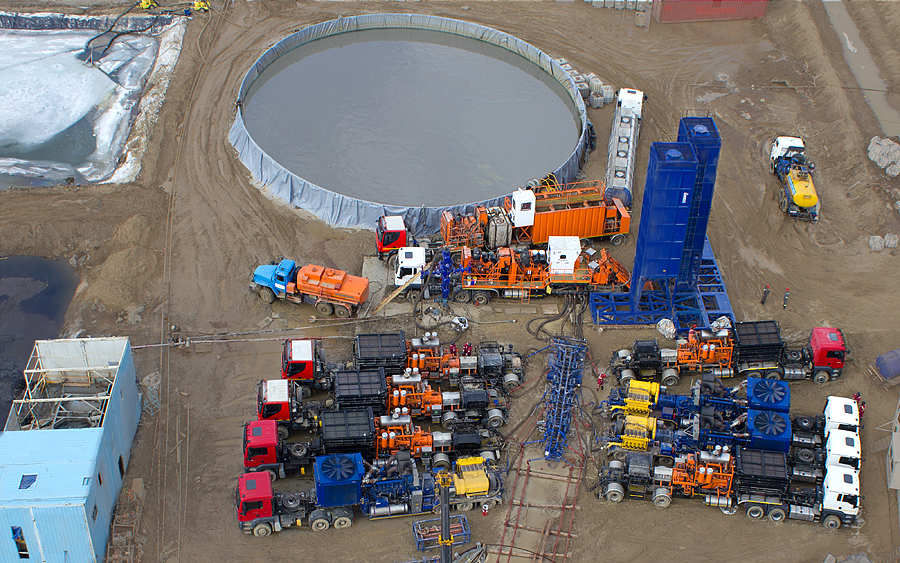 As part of the ODA Program for the development of hard-to-recover hydrocarbon reserves associated with the verkhne ugorskiye (Bazhenov) deposits in the Sredne-Nazymskoye field, two horizontal wells No. 103г and 112г were drilled using the latest technologies with a horizontal section length of 1000 and 1500 meters.

In relation with the current sanctions, the use of foreign geosteering systems in wells drilled on Bazhen deposits is impossible.

For this reason, for the first time in Russia, geo-navigation during drilling of a horizontal section was carried out by quantitative determination of the elemental composition of sludge using multispectral analysis technology. As a result of the joint efforts of specialists of RITEK JSC and RITEKBeloyarskneft TPP, more than 95% of the horizontal section is located in the most promising zone of the Bazhen formation — pack No. 3 (“radiolaritic”).

For the development of drilled wells, the optimal fracturing designs were selected. At well No. 112g, the method of high-flow multistage hydraulic fracturing (MHF) using reusable sliding sleeves activated by coiled tubing was selected. At the well, 15 stages of hydraulic fracturing were performed with a maximum proppant amount of 92 tons per stage, which is a record for RITEK JSC during the development of Bazhen deposits.

The new approach improves the efficiency of the development of hard-to-recover reserves. By the end of the year, it is planned to carry out work on this technology at three more wells.